Jimmy Bayard is a premier electric guitarist from Houston, Texas. As a child he was influenced by several local Houston area guitar heroes and had the opportunity to play on stage in nightclubs around the area with the help of his parents who were also touring musicians. Jimmy picked up the violin around age 12, and just about every other stringed instrument including the cello, viola, double bass, mandolin, dobro, banjo, and steel guitar before finding his home as a guitarist.

With no formal instruction on guitar, Jimmy’s mastery of the instrument is a result of purposeful listening to greats like Eric Clapton, Stevie Ray Vaughan, Eric Johnson, Allan Holdsworth, Pat Martino, Robben Ford, Danny Gatton, Albert Collins, Freddie King, and countless others, mixed with his knowledge of music theory and dynamic “relative pitch” learned from 12 years of ferociously studying the violin.

Jimmy has contributed to numerous records as a session guitarist for Mercury Records and has performed all over the United States. He is also one of the most in-demand guitarists for bands affiliated with the "Minneapolis Sound" and was asked to be the house guitarist for the Official Prince Tribute After Parties by the Prince Family (PRN). 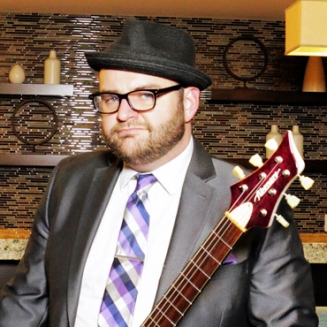